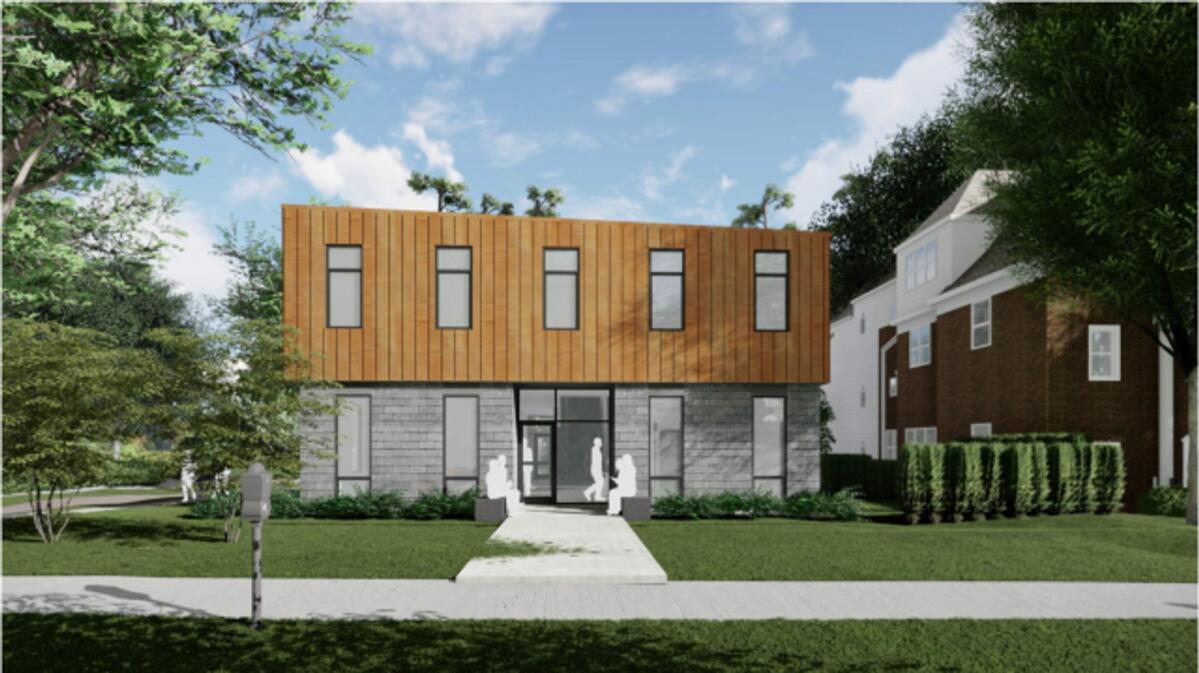 IOWA CITY — More than 14 years after the University of Iowa initiated plans to build a new home for its internationally acclaimed Nonfiction Writing Program — a window that has seen three UI presidents, a flood and a pandemic — the campus began work on the $1.6 million project in March.

The two-story, 3,500-square-foot Nonfiction Writing Program building will be across from the UI President’s residence at the corner of N. Clinton and Church streets in Iowa City.

It is entirely funded by donations.

It will consolidate the programme’s courses, faculty and students currently spread across the English Philosophy Building into a cohesive structure complete with offices, workspaces, classrooms, a library, lounge and outdoor patio.

However, the project will not involve the renovation of the Sanxay-Gilmore House — which at nearly 180 years is believed to be Iowa City’s oldest remaining house — as UI officials planned two years ago when the city gave the university a piece of land worth $1,000 $1 million in exchange for the Promise UI would use it to relocate the historical structure and restore it as the writing program’s new home.

The Sanxay-Gilmore House is located across from the donated 1/2 acre lot on the 100 block of Market Street. But moving and renovating the home proved too risky and costly, which UI spokeswoman Tricia Brown said scuttled the deal between UI and Iowa City to transfer ownership.

UI had budgeted $1.6 million for the project – including nearly $1.2 in construction costs – and the lowest build bid was $1.9 million, bringing the total budget to $2.5 million. dollars increased.

“Because the project bids were too high and the university decided not to move the house, both parties agreed to cancel the MOU,” Brown said. “The property remains city property. It was never transferred to the university.”

The University still owns the grounds on which the Sanxay-Gilmore House sits, built of limestone believed to be left over from the construction of the Old Capitol and once owned by Eugene Gilmore, 12th. Presidents of UI from 1934 to 1940.

Preservation Iowa, a statewide historic preservation alliance, has listed the home as one of its most vulnerable properties.

“The contractors expressed a significant risk in moving the outdated brick structure,” Brown said. “With this information, the UI began looking at other options on campuses to build a new facility for the (nonfiction) program.”

As for the fate of the Sanxay-Gilmore home, she said it would be “decided at a later date when the university eventually moves forward with plans to build on the site.”

As for the new home of the nonfiction writing program, planned next to the Dey House that will house UI’s world-famous Iowa Writers’ Workshop, the university hopes to have it completed by the end of this year. By relocating the program to new spaces, the university further positions itself as an elite writing campus.

John D’Agata, a former director of the program who helped initiate efforts for a new nonfiction building, said he hopes this project will start a trend to elevate all writing programs in Iowa to the level of his famous Writers’ Workshop – Founded in 1936 and touted as the first creative writing degree in the country.

“We are truly the ‘Writing University,'” D’Agata said in a statement. “We have one of the best translation writing programs in the country. The extraordinary playwright program that produced Tennessee Williams. A huge, vibrant Bachelor of Creative Writing in English. And one of the few Spanish creative writing programs in the country. All of these programs deserve recognition and building too.

“My dream is a writing corridor stretching down Clinton Street.”

Even before directing the nonfiction writing program from 2013 to 2020, D’Agata was involved in the 2008 search for a new place to write nonfiction. The project was supposed to start this summer, until the historic flood wiped out much of the campus and threw the UI into emergency and recovery mode for years.

In 2016, as the last building hit by the flood cemented plans to restore the new UI Stanley Museum of Art, D’Agata told the UI Office of Strategic Communication that he had decided to commit to the idea of ​​a building for non-fiction writing rethink.

On the question of funding, he said some donors have offered to contribute over the years – although “never big enough themselves”. But then, in 2018, D’Agata debuted a hit Broadway play starring Daniel Radcliffe based on his book The life span of a Fact and created the opportunity to work with the UI Center for Advancement to to attract more donors.

“The play is based on a book that explores the art of non-fiction writing, so I like to think of the new NWP building as one that’s literally built by the genre,” he said. “It’s based on non-fiction.”

The new non-fiction house will include a memorial garden for the programme’s founder, Carl Klaus.

When scouting potential locations, Rod Lehnertz, senior vice president of finance and operations at UI, leaned on the idea of ​​a writing corridor. “The area often referred to as the ‘Writers’ Quarter’ seemed very appropriate to me,” he said in a statement.

The UI Non-Fiction Writing program was established in 1976 in the Department of English Studies and offers a three-year graduate degree with courses in essays, literary journalism, memoirs and travelogues. Students frequently receive scholarships, assistantships, research grants, and occasionally travel abroad.

Like the UI Writers’ Workshop, the non-fiction program is exclusive in that it only admits about 4 percent of applicants.

“We have an embarrassingly good track record of helping our students find great jobs within a few years of graduation, and the books our alumni eventually publish quickly become game-changers in that genre,” said D ‘Agata in a statement. “In the past year alone, we’ve had three alumni on the bestseller list, one on Oprah’s Favorite Things list, and three who have sold the film rights to their books.”