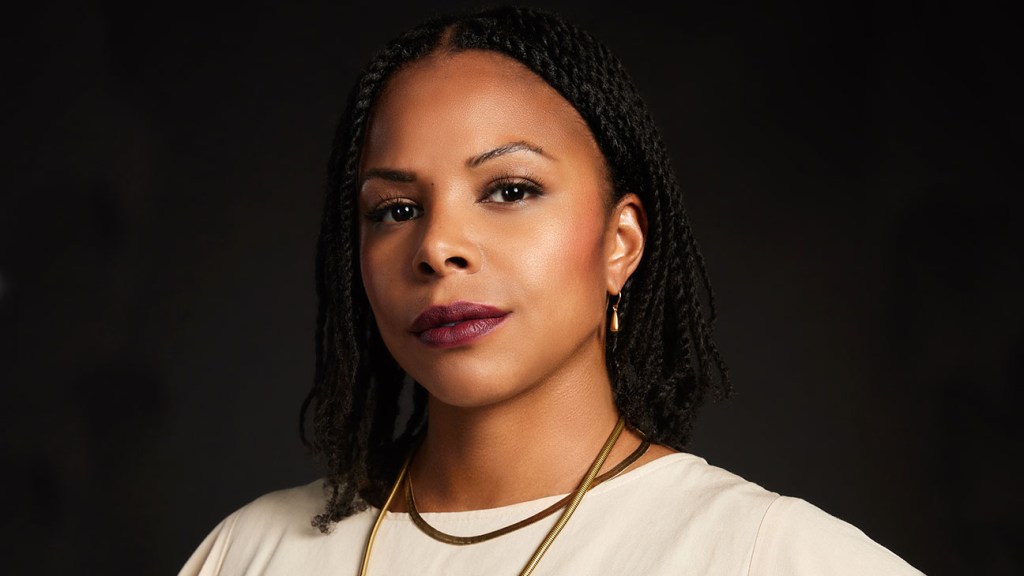 Freeform enters nonfiction with a trio of new programs that Jihan Robinson, head of alternative programming, hopes will be “thoughtful and authentic” for Gen Z and the millennial audience of Disney’s own cable network.

The three new shows — The deep end, dear pony: keep that between us and day to night – Explore topics the former Quibi exec sees as big questions that are central to Freeform’s core viewers. The deep end (Bow on May 18th) explores spirituality and connection; dear ponies (June 15) takes on a student’s relationship with a trusted teacher; and day to night (Summer) turns his lens on emerging artists in New York.

“Non-fiction is a genre that our audience loves,” said Robinson, Freeform’s vice president of alternative development. “Our goal is to focus on character-driven narratives that are relatable and reflect the experience of Gen Z and Millennials, and we couldn’t be prouder to usher in the new wave of nonfiction programming with these three unique series.”

The trio of shows marks the first time Freeform (formerly ABC Family) has teamed up with Robinson and network president Tara Duncan to try something new and delve into a genre the former says is growing in popularity with millennials. The hope, notes Robinson, is that these non-fiction books will explore many of the themes reflected in the network’s scripted originals, including Grown up, cruel summer and Single drunk woman.

Duncan, who replaced Tom Ascheim at the helm of the network in May 2020, has taken Freeform into previously uncharted territory. Freeform has entered the animation space under Duncan, who promoted Disney darling Jamila Hunter to head of original and Robinson to head of alternative. Hunter announced a list of animated screenplay awards in December that includes a series shot for Praise Petey (which counts Greg Daniels and Mike Judge among its executive producers) and the development of two other animated comedies. Robinson now joins the fray with the three new nonfiction originals – and others in development.

Here’s more on all three non-fiction shows, followed by an interview with Robinson:

The deep end is a compelling and provocative exploration of the world of one of today’s most controversial spiritual teachers and her dedicated followers. Filmed over three years of unprecedented access, it’s an unabashed display of the incredible lengths people will go to in their quest to connect. The four-part docuseries is directed by Jon Kasbe (When lambs become lions), produced by Bits Sola (The vow) and executive produced by Tom Yellin and Gabrielle Tenenbaum of The Documentary Group (cartel country). Premieres Wednesday, May 18, 10 p.m

Dear Pony: Keep that between us is a four-part docuseries that follows the journey of a woman as she re-examines her past relationship with a trusted teacher. The series uncovers an epidemic of widespread personal hygiene in US high schools. The series is directed by Amy Berg (Rising of the Phoenix), Jenna Rosher (darling…) and Kristi Jacobson (Lonely). Executive Producers are Chad Mumm, Mark W. Olsen and Dana J. Olkkonen of Vox Media Studios; Thalia Mavros from The Front Media; along with Cheryl Nichols (doula), Ari Basile, Berg and Sarah Gibson. Premieres Wednesday, June 15, 10 p.m

day to night (working title) follows the next generation of icons emerging from downtown New York to pursue love, art and friendship on their own terms. The series takes viewers into NYC’s creative underground, where culture is created and lives are changed forever. day to night is produced by cousins. Megan Sanchez-Warner (Love and Hip Hop Hollywood) is serving as showrunner and Jessica Chermayeff, Ana Veselic and Anne Alexander are executive producers. Chermayeff and Veselic also serve as series directors. Premieres at a date yet to be determined this summer.

And here’s more from Robinson:

Freeform previously had no non-fiction strategy. What is behind the entry into the genre?

Tara Duncan envisioned the platform to reflect Gen Z and a millennial audience, and part of that is bringing them the programs they want to watch. Our demo loves the genre; it is reflective and authentic to the experience. Why shouldn’t we be in an area where we know this generation loves to get involved? That was the strategy behind entering this space. My job is to implement this idea.

How do you know this is a genre that Freeform viewers will embrace?

This is a genre that has exploded in recent years in ways not previously available, including unscripted programming. Young people generally have more access to these types of programmes. We wanted to bring this to people because it’s time to try new things and think about audiences and how they experience things in new ways.

What do you think makes these three shows ideal for the channel’s established audience?

Gen Z and Millennials have a lot of big questions on their minds and want their lives to be reflected back to them in an authentic way. They want character-driven, authentic storytelling that allows them to explore big questions and see themselves on screen as they have on other freeform shows and in investigative stories. These are all character driven stories; They are not documentary series that talk to archival footage. You dive into deep, big questions led by compelling characters, which is the same approach we took with our scripting.

Expanding the non-fiction list, what kind of shows are you looking for?

Things that really feel the same. Whether this is a dating show that reflects the unique experiences this demo explores are not the same challenges that previous generations have explored with dating on television. things that are unique to them. We want to give our behind-the-camera creators the ability to capture worlds and give the story a tone that feels like a peer-to-peer mirroring of the audience.

These new titles – The deep end and dear ponies – feel more provocative and have a slightly more serious tone than day to night. We always want to have a balance. We want to examine our audience’s big questions and want them to have fun programming because our demo isn’t monolithic in their interests. We want to offer them a comprehensive opportunity to participate in a story that touches all of their interests.

The first two shows The deep end and dear pony, are scheduled for Wednesdays at 10pm, one of three nights that scripted food has been home, including most recently Good trouble and The bold. What’s the strategy? Are you using a slot that has an established audience? Or is that more of a sign of downsizing the script?

I don’t think so, no. Planning is overseen by another department, so I can’t comment on that.

What sort of balance between non-fiction and screenplay do you think the list of Freeform originals will encompass?

We want Freeform to offer a more robust offering of different types of programming. Jamila Hunter gets into animation. I do non-fiction. And we continue with scripted dramas, plus Single drunk woman is new to comedy for us. Overall, our program will be more varied than we have ever seen before. We’re still in the early stages and none of these shows have launched, so we’ll see how this strategy unfolds once our viewers can engage with the stories.

How many more non-fiction books are you developing and how often do you anticipate introducing new offerings?

I can’t say when our next premieres will be, but we are actively developing and producing many projects. We will continue this rhythm next year.

All three of these new shows are being produced specifically for Freeform. Are you thinking of getting into the acquisition space?

We will actively develop everything further. deep end was in the middle of production when we got involved; They’ve been following this story for three years and I’m thrilled they’re finishing it at Freeform. What we are trying to do is specific in many ways. We want to make sure we’re keeping up with our creators and giving them space to tell the stories they want to tell, but we also want to make sure they hit the tone that we want to make at Freeform. Acquisitions are currently not in sight.

The interview has been edited and shortened for clarity.